Love Arduino?
Program ClearCore like an Arduino with the Wrapper Library 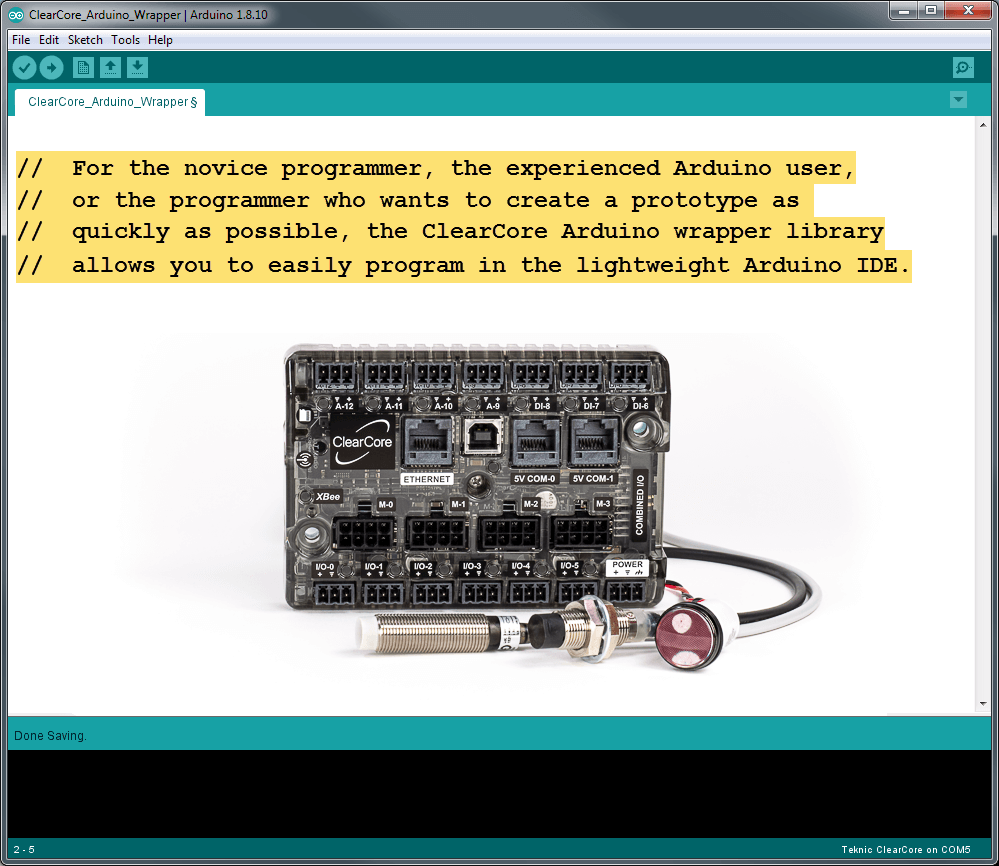 Mechanical and electrical engineers often want to automate early-phase testing of subsystems they are designing, but must rely on their software team to write the necessary code.

The ClearCore Arduino Wrapper lets anyone use the simple and popular Arduino interface to write code for ClearCore with a minimum learning curve.

The Arduino Wrapper gives you the full power of the ClearCore C++ Motion and I/O Library while letting you use the simplified Arduino syntax and IDE.

And you can still use the native ClearCore Motion and I/O Library commands and objects from within the Arduino environment to access ClearCore features not available in Arduino.

Learn from dozens of examples

We believe the best way to learn is by example. So we've included dozens of example "sketches" (Arduino programs).

See below for a small sample of available examples, or download the full package.